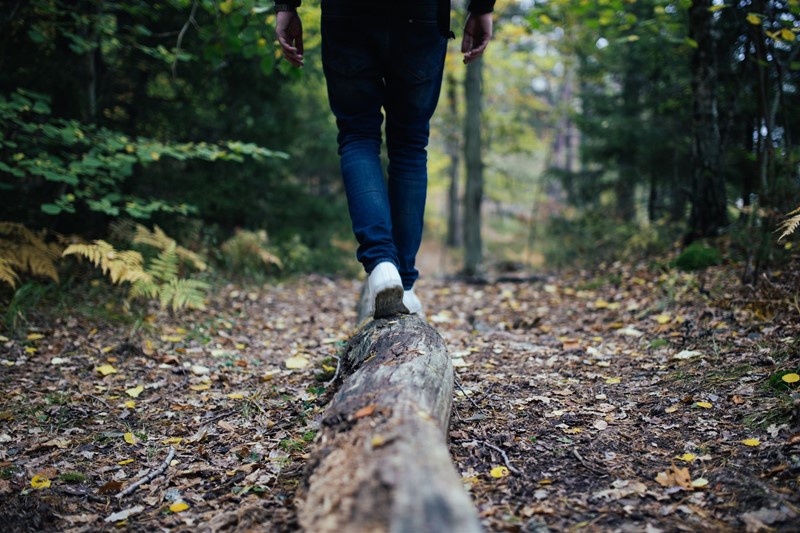 Eleanor Roosevelt, wife of our thirty-second president, Franklin Delano Roosevelt, famously said “A woman is like a tea bag; you never know how strong it is until it’s in hot water”. Mrs. Roosevelt was cleverly restating what we’ve learned from experience: the pressures of stress and danger reveal our true character. This truism applies to individual disciples of Jesus and also to the collective American church.

Today’s hot water is an invisible virus that’s sickening and killing people. For a time it was a distant abstraction endangering the other side of the world, but now it’s striking our cities and states. At this writing, more than 100 Americans have died from COVID-19. Despite the implementation of quarantine and distancing strategies, many, many more will die.

While most Americans are being asked to withdraw from settings where the virus might be transmitted, health care workers are actively engaging the people and places where the virus can attack. By caring for ill patients, we’re potentially exposing ourselves and our families to illness and even death. For many Western health care workers, especially those under forty, this is new, anxiety-provoking territory.

I started medical school in 1986, just a few years after a Los Angles physician described a mysterious cluster of deaths from Pneumocystis carinii pneumonia, an infection that only affects patients with weakened immune systems. Reports of similar deaths grew more numerous across the country, especially among gay men, injection drug users, and those dependent on blood transfusions. For some time, there was not scientific consensus about how the infection could be spread. As late as 1984 The New York Times cited a study suggesting AIDS could be contracted by exposure to infected saliva, leaving many healthcare workers with fear and uncertainty surrounding HIV and AIDS.

By 1985 the first HIV blood tests became commercially available, but it would be another decade before effective drug therapy changed HIV into a potentially manageable chronic disease. Nearly forty years since HIV’s emergence, over 700,000 Americans have died from AIDS-related illnesses. Many remain without effective anti-viral treatment and we’re still waiting for an effective HIV vaccine.

Many Christians and churches allowed fear to dictate their response to the HIV crisis. There were notable exceptions, but most of the American church quietly distanced itself from the suffering and
dying. Regrettably, there were even instances of Christian leaders making public pronouncements of condemnation over those who had contracted AIDS. This was a tragic missed opportunity with long-lasting consequences—akin to nineteenth century Christian support for slavery and twentieth century opposition to the Civil Rights Movement.

Imagine if a different story could have been told. What if Christians and churches in the mid-1980s had mobilized people and resources
to San Fransisco, New York, and other HIV hotspots, to care and advocate for the sick? What if more Christians had taken risks and shared the epidemic’s front lines with those holding moral and political convictions different from their own? What if our evangelical medical and missions organizations had convened summits that led to sustained meaningful efforts to slow the disease and care for the sick and dying? Would not God have been glorified? Would not the watching world have seen a glimpse of the justice and righteousness that characterize the Kingdom of Jesus?

The Church and Christian healthcare workers have another chance. A dangerously deadly, virus, not yet fully known, is achieving global pandemic status. Unlike the rest of the world, Christian disciples have powerful advantages. Jesus Christ has freed us from the fear of death (Hebrews 4:15), allowing us to prudently face danger. We believe Jesus’ promise that every hair on our heads is numbered and that no sparrow falls to the ground apart from our heavenly Father’s will (Luke 12:7). If we or our family members suffer in our bodies—even if life is lost—we know that God will meet the needs of our families, for He has promised never to leave or forsake us (Hebrews 13:5). Knowing all that to be true, we can courageously step forward to serve the sick and dying.

The water is hot and getting hotter. For the glory of God and the advancement of Jesus’ Kingdom, let’s individually and corporately rely on our risen Lord and the Holy Spirit to show the world how strong we are.

The command "fear not" or "be not afraid" occurs more than a hundred times in the Bible...

Like all human institutions, healthcare is subject to the Fall and operates under principles at odds with t...