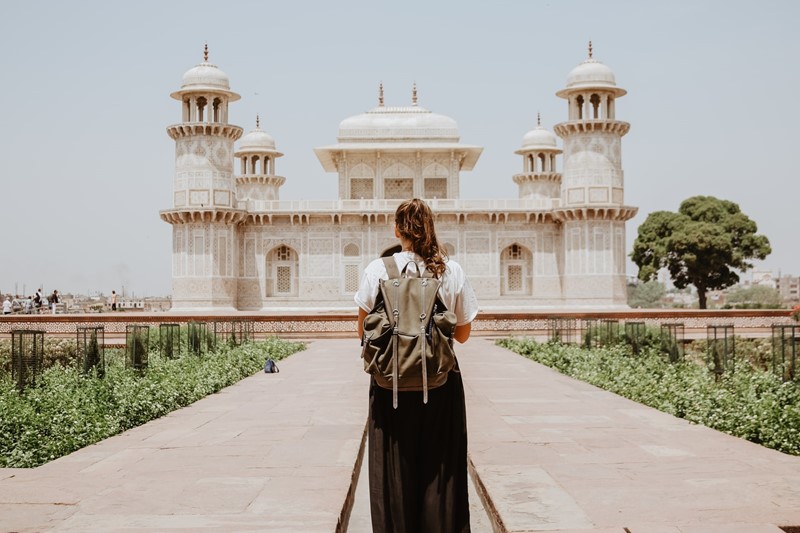 Let me tell you about a medical missionary you have probably never heard about. But, you should know about this missionary. My sincere hope is that reading about this woman’s life will encourage, challenge, and inspire you to take your experience, skills, and passions and use them for God and others like this woman.

Medical missions is the term used for Christian missionary endeavors that involve the administration of any kind of medical treatment. Medical missions connects your skills with your calling.

There are so many avenues for missionary work. We’ve talked before about some popular ways many missionaries serve God. We’ve covered short-term, long-term, marketplace, domestic, international, and medical education as some of the top ways believers find practical avenues to serve God.

Today we want to take you back in history to look at a woman who served as a medical missionary in India. Her name is Dr. Ida Sophia Scudder.

She was born into a medical missionary family in India in 1870. Her grandparents, her father (and seven brothers) were all medical missionaries in India. She went to school in the US at the Northfield Seminary in Massachusetts, then came back to India to visit her parents.

She didn’t want to be a missionary. In fact, one article reads that she, “determined never to become one of 'those missionary Scudders'.” But, one evening while she was in India, she witnessed three women die during childbirth because there were no doctors available to women. This happened in 1894. She would go on to call that situation her, “three knocks in the night.” During those days, there were no gynecologists or women practitioners at all, so women were not getting care.

She went back to the US and went to Cornell Medical College in New York City, and was part of the first class that accepted women. She returned to India and started a small practice for women in Vellore. Shortly after she returned, her father died, but she treated over 5,000 patients in just two short years.

In 1902, Dr. Scudder started the Mary Taber Schell Hospital in Vellore. She also began to realize that she couldn’t serve all the women of India alone, so she started a medical school for women only. During the first year, she had 151 applicants to her school. Eventually, the school became co-educational so that she could get the support of more churches in the United States.

Mahatma Gandhi visited her school in 1928. She went on to raise millions of dollars for the school and hospital. The Vellore Christian Medical Center has been one of the largest Christian hospitals in the world.

Today, the Christian Medical College (CMC) in Vellore still honors Dr. Ida Scudder and her determination to serve populations of people that were not being served. According to the website “One of the top-ranked educational, healthcare and research institutes in the country. CMC’s network of primary, secondary, tertiary, and quaternary care teaching hospitals spread across six campuses in and around Vellore, is, together, a 3,000-bedded multi-specialty medical institution of international fame. The Christian Medical College Vellore, located in Vellore, Tamil Nadu, is an unaided minority educational institution established in the year 1900. Started as a single-bedded clinic, under the leadership of Dr. Ida Sophia Scudder, the only daughter of second-generation American missionaries, it grew into a full-fledged medical college imparting education in medical, nursing and allied health sciences.”

I encouraged you recently to keep the continual pursuit of a lifestyle of missional living. A missional life isn’t something we wait to do “one day”. No, the Great Commission tells us to “Go” and we understand this means you live your calling “as you are going.”

In case you missed my last post, I encourage you to, every day, take another intentional next step toward your own mission-focused life. Is that serving at your church? Is that networking and connecting with someone in your field? Is it the next step in education or training? Do it! Take that next baby step.

Review Dr. Scudder’s life and learn from her. Get on a mission with God. God’s will is that we serve Him and love others. It’s that simple and complex! Dr. Scudder’s life is an example and an inspiration to us all. She is one woman who didn’t even think she wanted to be a missionary. But, over her years of faithfully serving God and loving others, she has changed the healthcare system of South India forever. Scudder dedicated her life to the challenges of Indian women and the fight against bubonic plague, cholera, and leprosy.

I hope that looking in detail at Dr. Scudders’ life will encourage and inspire you to press on in your calling to God. Often, you can get lost in the daily grind and forget the bigger picture of your life. I hope that in reviewing Ira’s life, you’ve been encouraged and inspired to live out your calling. Like Ira, let’s aim to live out our faith with our entire lives.

3 practical ideas for living your calling in Christian health ministries

You can serve right now. Here are three (3) practical ideas for living your calling in Christian health min...

Four things you should know about justice in healthcare

Justice in healthcare can take many different forms. Here are four things you should know about justice in ...