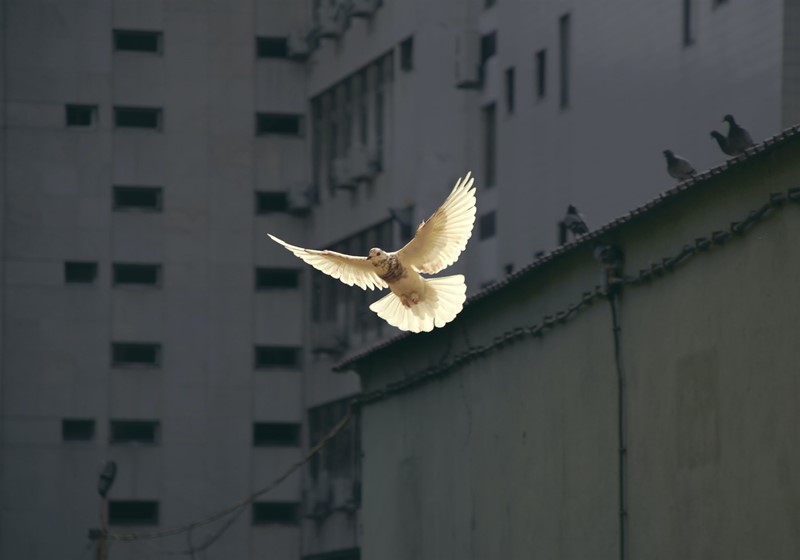 We have another guest blog post today. We're going to be hearing from a missionary that serves with YWAM, and is also a presenter at this year's GMHC. We hope that this experienced missionary's words can give you hope, freedom, and excitement for all that the Lord wants to do with your life. Enjoy!

Amy was excited to be moving into a Central Asian country. Her dream of becoming a missionary was about to be fulfilled. She and her husband Sam (names changed) had prayed and prepared for two years to make this move. This was the first assignment for this young couple.

At first, it felt exciting. Everything was new and a bit confusing, but this is where the Lord had sent them. After a few months the novelty wore off, and the reality of how difficult it was to fit into a new culture, master a new language, make new friends, and “do ministry” began to settle in. Amy felt increasingly isolated, fearful, hopeless, worthless (not her personality). She began to lose her joy. Everything was hard. Unknowingly, Amy was coming under “the spirits of the land,” those dark powers that ruled that region, blinded its inhabitants to the truth, and held people in thrall to the kingdom of darkness. Those powers identified them as a threat, and focused on Amy as the strategic target. While Sam seemed to do quite well adapting, he was at a loss to help his wife who was increasingly depressed and homesick. They stuck it out for close to two years, but in the end left on at least an extended, or perhaps, permanent leave.

I was called in to assess and consult with this couple and try to figure out what happened to a once vibrant woman who was certain God called her to live among and minister to His lost sheep. As I began to listen to their experiences, I could discern the clear marks of people who were ill-prepared to deal with the reality of spiritual warfare.

Spiritual warfare is the advance of the Kingdom of God throughout the earth so that God is glorified and people are set free. It is necessary because there is an enemy kingdom which has stolen what belongs to God, and the Lord wants it all back, but has chosen to do it through redeemed children who carry His Image and authority.

It is helpful to divide spiritual warfare into three main levels: 1) ground level, which also includes the personal; 2) occult level, which deals with witchcraft, Satanism, etc.; and 3) strategic level, which deals with the principalities and powers that rule over cities and regions. It is important to discern what level of warfare you are dealing with. For brevity, I will skip the last two, more advanced levels and only comment on the first and most prevalent- the ground level.

The ground level, which involve ordinary demons, is common to the believer’s experience. People are afflicted by these daily, in ways that appear to be natural but is spiritual in origin. The enemy blinds people from seeing the truth (2Cor. 4:4) and fetters them to his kingdom. Christians who struggle with their desires, have habitual sin, etc. are also being opposed by these forces. The good news is that Jesus has given His own authority over them! “And as you go, preach, saying, ‘The kingdom of heaven is at hand.’ Heal the sick, cleanse the lepers, raise the dead, cast out demons” (Mt. 10:7-8). These are the marching orders of the Kingdom of God, and He is faithful to back up what we are obedient to declare and do in faith.

For many believers, who have no awareness of the enemy’s reality nor his tactics, it is often difficult to get free from their bondages, let alone deliver others from theirs. Of course, the enemy does his best work in darkness! Yet I’ve seen many delivered from his snares as they understand who God is, how He works, and identify the enemy’s schemes (2Cor. 2:11). Jesus truly has power to set us free (Jn 8:36) into life abundant (Jn. 10:10).

As I went deeper into Amy’s story, it was clear the enemy had planted land mines in her past that wounded her and reactivated fear in her life. The Islamic culture she lived in subjugated women, made them subservient to men, and gave them scant worth nor honor. Without realizing the spiritual dynamics she was immersed in daily, she began to take on these characteristics, and Sam, to a lesser degree, began to regard her more like husbands in that region regarded their wives.

Once the light of Truth was shone into their story, they began to realize they were blindsided by not being prepared and armored up (2Cor. 10:4-5; Eph. 6:10-18). The wounds she carried from past traumas served as a breeding ground for the enemy’s activity (as in the natural, demons are attracted to wounds as vermin are attracted to garbage and decay). The way to deal with the past is not through vengeance nor justice, but forgiveness, and the Holy Spirit tenderly healed many traumatic wounds hidden in her soul. We displaced lies and deceptions she had come to believe with Truth, and she pledged her covenant loyalty to God to be faithful to believe His Word (both Logos and Rhema) rather than the enemy’s. She learned how to identify the schemes of darkness and how to come in the opposite spirit (as Jesus did), acting according to her Father’s will and ways rather than reacting to the bait of the enemy.

When we were finally done, she shone with a joy she’d not had for well over a year. They were going to return, and there would be a rematch! They stayed a while longer and learned more about how good and great their God was. They returned and it was like night and day! They had learned to conquer through Him who conquered all!

Four things you should know about justice in healthcare

Justice in healthcare can take many different forms. Here are four things you should know about justice in ...

Pride is a path that leads to bitterness and discontent, to emptiness and fruitlessness. Godliness with con...